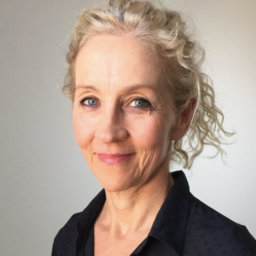 “Sancia is an alchemist who can take the most surprising mix of raw elements and turn them into gold. She has an innate ability to identify, inspire and empower talent, to make people feel comfortable and to fill them with confidence. She is all about trust and honesty – actors, comedians, musicians and presenters trust her to help them sculpt amazing performances, and to be honest about working with their strengths and their weaknesses. She has a rare mix of skills – actor, teacher, producer, director and top quality human – which means that she is always the first person you call when you’re building a TV show.” – Todd Abbott, Head of Comedy ABC

Sancia joins 16th Street as a specialist in self-taping and screen work. She has a Bachelor of Fine Arts from NIDA and trained as a teacher in Uta Hagen’s technique at HB Studio New York. She has worked on some of Australia’s most successful television and radio programs for decades, either in casting or as a performer.

Sancia works on an actor’s strengths, blocks, voice, breath, body, sense of space, vision and choices to discover a dependability in the craft. And has taught at NIDA, the National Theatre and privately. Her methods cover a range of modalities from sensory to movement, to scene work, improvisation, Uta Hagen and animal work.

Besides being one of Melbourne’s most sought-after teachers, Sancia sports many different hats: being a TV producer, radio show host, casting producer, director and published author.

Her producing and casting work includes the Logie Award winning documentary series ‘Filthy Rich and Homeless’, comedian Luke McGregor’s comedy drama ‘Luke Warm Sex’, SBS comedy ‘Santo, Sam and Ed’s Cup Fever’, ‘Spicks and Specs’, ‘Thank God You’re Here’ (just to squeeze in a few); she has also casted for Blackfella Films, is currently working on a development with Matchbox Pictures and has been named “the first person you call when you’re building a TV show,” by ABC’s Head of Comedy.

She has toured internationally with her most notable, one-woman show “What is the Matter with Mary Jane?” and has both co-wrote and directed the recent full season sellout ‘Five Starts out of five – kill to get a ticket’.

“I believe in giving you a toolbox of skills to have emotional flow in performance when it’s not always readily available – so you can have the confidence to deliver that solid performance every single time!” – Sancia