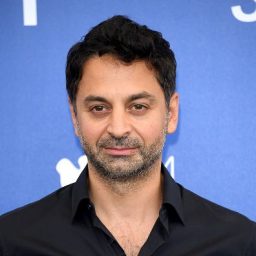 Jason is an award winning director; his film From Dope to Dalai Lama won the ‘2010 IF’ Award for Best Short Documentary and his feature film West of Sunshine premiered ‘In Competition’ at the 74th Venice International Film Festival in 2017, garnering Jason nominations for both ‘The Golden Lion of the Future’ Award and for ‘Best Film’ as well as winning Best Director at the Barcelona International Film Festival and the ‘Jury Grand Prix’ Award for Best Film for West of Sunshine at the Festival des Antipodes in Saint Tropez.  In 2018 Jason received nominations from the Australian Directors Guild, the Australian Film Critics Association as well as the Australian Academy of Cinema and Television Arts (AACTA).

“Jason intuitively knew what he was searching for and has an excellent understanding of process and the nature of the work.  I am certain that any student who encounters him would benefit from his understanding of what it means to be an artist, to work on one’s instrument and the necessity to strive for authenticity.” – Victoria P. Hart, Director The Meisner Studio, New York University, Tisch School of the Arts

“I’m about developing actors as artists who have a point of view about everything including themselves and the world they are in, who want to constantly grow and pitch themselves against our greatest writers. That is what will define your work, because training should be about stretching, taking risks, constantly refining process building a deep confidence in yourself and the work” – Jason Raftopoulos