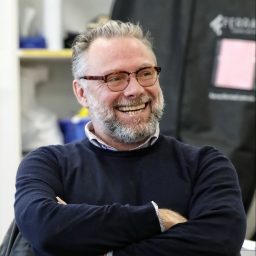 “Iain is one of the most forensic directors I have worked with. His knowledge of American literature is vast and he gets to the heart of what is at play. He is an inspiration” – Darren Gilshenan, Award-Winning Actor, Director, Writer & Teacher.

Iain Sinclair is well recognised as one of Australia’s finest directors of actors in performance consistently helping them generate empowered, sophisticated and dignified work.

Actors working alongside Iain are regularly nominated for Best Actor awards here and overseas. In 2017 alone 10 actors under Iain’s direction won Best Actor awards 3 in Los Angeles and 7 in Australia alongside a compelling 34 total award nominations and 4 wins for Best Play.

After graduating from The Royal Academy of Dramatic Art and King’s College London where he specialised in directing actors and developmental dramaturgy Iain has had a rich and successful career alternating between bold new plays and the classics, he has directed celebrated major productions for state companies at STC, Belvoir, MTC and Queensland Theatre, he has directed for numerous mid level professional companies and also consistently works outside of the mainstream paradigm creating top level independent productions.

Before accepting Kim’s invitation to join 16th Street Iain was the Senior Dramaturg at Playwriting Australia and a prolific Theatre Director in Sydney. Early in his Career, Iain was AD to Cate Blanchett when she was Artistic Director at Sydney Theatre Company and AD to Max Stafford Clark when he was artistic director at Out of Joint in the UK. He has been a visiting artist and teacher at major institutes like NIDA, VCA and La Salle College. He is also the winner of many prestigious awards for Best Director and Best Play and most recently won the 2017 Stuart Wagstaff Memorial Award for Best Director in Sydney.

Iain uses a process dedicated to empowering actors through story. He applies bold new thinking from the fields of social science, interpersonal neurobiology and story theory and hammers them into practicality based soundly on the principles Konstantin Stanislavski explored. He helps the actor find the engine of any scene and then he gives them the keys and lets them drive it on their own.

“When the actor honours the writer through story, they awaken their innate ability to fight for a cause, they are liberated from the fools errand of chasing emotion and in replacement, they are gifted the ancient and honourable task of stepping into the public arena to fight for what matters.

Actors who find the engine of a scene find their dignity through purpose, they find courage because of desire, they are liberated from doubt through discipline, they become psychologically resilient through catharsis and they step into substance through the ancient ceremony of struggle.

Actors engaged in story are at the centre of their artform.

When actors stand without fear at the centre of their artform the ancient gods look on and we are fused together again”.

A View from the Bridge by Arthur Miller – Sydney

“The year’s most gripping night of theatre … Stripped to its bare bones, this close-up and thrillingly lucid staging of Arthur Miller’s tragedy makes your heart race. I haven’t experienced a more gripping night in a theatre this year. ★★★★½” – Jason Blake, Sydney Morning Herald

” Spellbinding…excellent performances across the board in a production that keeps you on the edge of your seat. With its themes around immigration and acceptance, A View From The Bridge resonates powerfully. Unmissable. ★★★★★” – Jo Litson, Daily Telegraph

“Featuring a round of performances that never let up their quality, A View From the Bridge is a treat; a must for any Arthur Miller fan. ★★★★” – Glen Falkenstein, ArtsHub

“A VIEW FROM THE BRIDGE is a must see – you’d be an idiot to miss it.” – Kevin Jackson, KJ Theatre Diary

“There is incredible sophistication in the director’s approach; our hearts and minds are told a story with astonishing expertise.” – Suzy Wrong, SuzyGoesSee

“A compelling and sensitive ensemble work, this View from the Bridge is a must see” – Martin Portus, Stage Whispers

“Sinclair’s production is excellent all round. All the performances are strong and well sculpted.” – David Kary, Sydney Arts Guide

“The work of a master director, Iain Sinclair…Everything you may have heard about this A View From The Bridge is true: it’s electrifying, mesmeric, tough, tender, intelligent, terrifying, heart-wrenching” – Diana Simmonds Stage Noise

★★★★ “Visceral and highly intelligent” Time Out

“Iain Sinclair is a Master Director… All in all, this production is a major achievement by all. It’s engrossing, amusing, terrifying and deeply satisfying. Really recommended.” Stage Noise

“Who’s Afraid of Virginia Woolf? is one of the Ensemble Theatre’s triumphs.” Sydney Chic

“Gilshenan and Lemon’s portrayals of George and Martha are so skilfully delivered…The supporting roles of .. Nick and … Honey are expertly handled by McClelland and Lovering.” What’s On Sydney

“★★★★ The funniest play of 2017 … hilarious with dignity… under the brilliant direction of Iain Sinclair” – Hollywood Times, Los Angeles

“Hilarious and heartwarming … All of this adds up to a play that feels both original and familiar, and with director Iain Sinclair eliciting four of the most delectable performances you’ll see any time soon” Stage RAW Los Angeles

“Tons of laughter. This production will leave you cheering for these newly reborn nomads” -Broadway World

“Funny, touching and a trip worth taking” – L.A Beat

“Truly a lovely show, with proper dignity and foolishness intertwining to make it a fun evening … Director Iain Sinclair, imported from Sydney for this production, is right on top of everything, adding to the sense of calm while creating a visibly adult play.” Edge Media Network

“Dan Lee and director Iain Sinclair deliver a rowdy, riotously funny evening in the theatre. An evening full of simple humanity and simple humor which will gobsmack you” – TheTvolution – Los Angeles

“ the audience laugh and cry at the same time, and the ovation it gives the cast is well-deserved. All the actors are splendid, terrifically funny but utterly believable, Mr Sinclair’s excellent direction keeps things crackling” – Los Angeles Post

Awards and Nominations for work directed by Iain Sinclair in 2017

Best Independent Production | A View from the Bridge | WINNER

Best Production | Independent | WINNER
A View from the Bridge